The “FIERCE” Risks of Investing in Emerging Markets: Currency 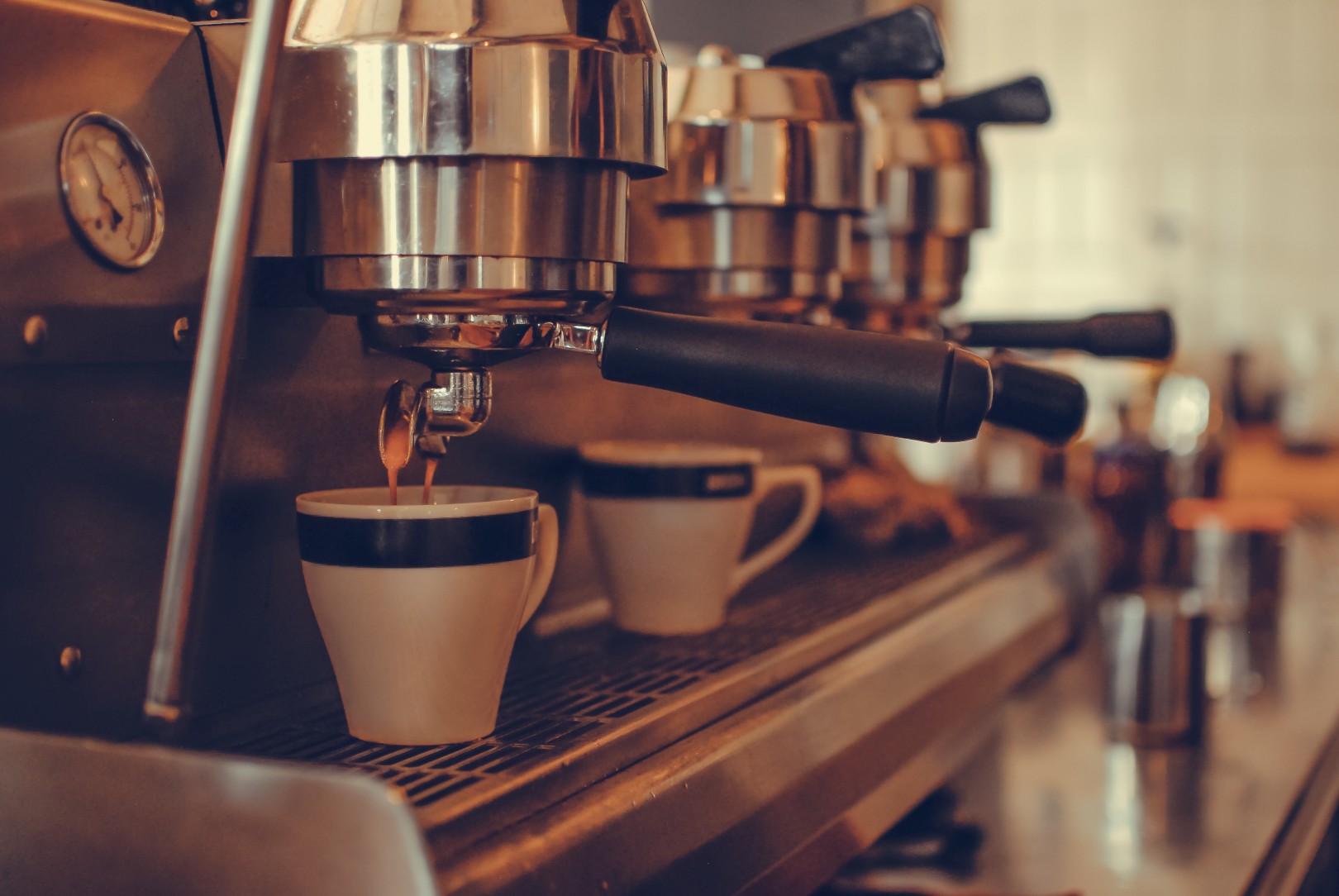 With the continuing devaluation of the Naira (Nigeria’s currency) and the impact it’s having on doing business in one of the largest markets in sub-Saharan Africa, we thought it would be a good time to share our thoughts on the “C” in our series of posts about the FIERCE risks (Fraud, Instability, Expropriation, Regulatory, Currency and Enforcement of Contracts) and the questions we hear from our VestedAngels. We’ve covered the Fraud and Instability elements in previous posts and will dive into how we think about Currency risk below. First, some context, using Nigeria as an example.

The Nigerian government, in an attempt to tighten capital controls and defend the Naira as oil prices started to fall, pegged the Naira at 197–199 Naira to the U.S. Dollar. This at a time when the black market exchange rate was ~N250/$1. Unsurprisingly, this peg, exacerbated by falling oil prices and depleting foreign-currency reserves, created a boom in black market currency trading as legitimate (multinational corporations) and illegitimate (black market arbitrage) businesses continued to need Dollars for their operations. The peg (artificially holding a currency at a level) disrupts business as usual as companies hesitate to import/export goods at an exchange rate that is not reflective of the demand/supply in the market. In June of 2016, the government removed the peg and allowed the Naira to float. This has resulted in the drop in value you see in the chart above — the interbank exchange rate for the Naira is currently ~N305/$1; however, inflation continues to plague the black market value of the Naira. This currency devaluation situation is playing out in other emerging market countries as well — especially those where oil is/was a big part of the economy (e.g., Angola, Algeria). However, business must go on for early-stage companies as well as multinationals.

While all else equal we would prefer to invest where we believe there is a stable currency (if that exists: see the Swiss Franc in 2015), as emerging-market investors and often contrarians, we seek to find opportunity where others only perceive risks. We believe these opportunities exist in spades, but recognize the need for effective controls against detrimental overexposure to certain currency risks. For each investment we make, we evaluate the currency risk at both the company and portfolio level, asking the following questions (among others):

· How will devaluation of a local currency affect the Company’s strategic positioning?

· In what way is the Company exposed to currency fluctuations, and does this structural exposure act to the Company’s benefit, detriment or some mixture of both?

· How much of the currency risk can / should be priced into the initial investment?

· How will an investment into the Company affect our overall exposure to a single currency, and how does that exposure correlate to portfolio investments in other countries (e.g., across the oil-dependent nations)?

As with our other “FIERCE” posts, we will briefly explain how the answer to each of these questions helps guide our investment decisions.

One type of investment that is consistently attractive to the team here at VestedWorld is so-called “import replacement.” With ~$450 billion in imported goods and services in SSA (2015) [1], there is no shortage of these opportunities — while some of this imports are commodities that are scarce on the continent, a significant portion can be attributed to goods that are (or could be) readily produced in the local economy (e.g., palm oil, fertilizer, processed foods, etc.). In many places, the low price of imports for these goods relative to the high costs of local production has resulted in an overreliance on imports and on foreign currency reserves, and thus exposure to fluctuations in the exchange value of the local currency. However, devaluation of a local currency for a company producing locally and selling locally, an exchange rate woe that has beset its international competitors can actually be a boon. For example, palm oil producer Presco (operating in both Benin and Nigeria) has seen a 60% increase in its revenue to $24M in just six months. An investment at the right time, in a more valuable foreign currency, can actually be used to catalyze the local production of an imported product, where all inputs are sourced locally and outputs are sold to local consumers — this results in a currency alignment of inflows and outflows where future volatility in the currency may have a reduced impact on the sustainability and growth potential of the business. However, this benefit only exists so long as the purchasing power of consumers is sufficient that demand for the product (at a now lower price) doesn’t fall below sustainable levels.

A more difficult currency risk to manage can be when it’s structural; when the cash inflows react differently than its cash outflows to currency changes. An example with our portfolio company (MoringaConnect) may help:

· MoringaConnect buys its moringa oil from farmers in Ghana, in Cedis (the local currency)

· The highly unlikely situation of a downward drop in the dollar (reducing profit by impacting revenue) would affect MoringaConnect’s margins (reduced revenue) a lot more than a decrease in the value of the Cedi (increasing the cost of produce but not the revenue) would .

· To summarize, should MoringaConnect continue to see increased product sales in the US, at the same time as the Cedi falls against the US Dollar, the company will see increased margins as the relative cost of their inputs (Cedi denominated) goes down.

It results in a mismatch in the exposure of the inputs and outputs to the currency cashflows.

What should be clear from the preceding two paragraphs is that some of the currency-related risks can be naturally hedged through a choice of market, product, and business model, but also that not all the risk can be mitigated in this way — this remaining risk can often be priced into an investment. The ability to factor changes in a local currency into financial projections help make currency fluctuations more manageable. While larger corporations often hedge this risk using financial instruments, this option is usually not available to the companies we invest in, due to the costs involved. Instead, we sensitize all of our investment decisions around the risk of various levels of currency devaluations to determine whether the returns our investors expect are achievable under a currency stress test. The results can sometimes be encouraging, especially where the natural hedges provide a cushion, but in other cases it may simply not be fair to the entrepreneur to price in excessive currency risk due to current levels of volatility, and it is in those situations where we have to pass on an investment. Where currency risk cannot be managed through financial instruments, we favor companies that source production inputs locally instead of internationally or work with the companies to determine how much of the increase in costs as a result of currency devaluation can be passed on to the customers.

Additionally, as our portfolio companies mature, new tools become available to them. For example, guarantees are available from global entities like the International Finance Corporation to enable a business access debt capital to serve its needs [PDF]; the IFC offers a Partial Credit Guarantee (PCG) that enables a company, especially one domiciled in a high-risk market, access to capital.

How do we at VestedWorld assess and manage the currency risks at the portfolio level? One way is through a diversification of our portfolio. We have investments in four countries and in four industries and consider this two layers of hedging. If managed properly, macroeconomic swings driving currency fluctuations will benefit one of our companies in one country even as it negatively impacts another. Moreover, it is not enough to view it simply on a country-by-country basis: we must also take into account the correlation between the countries, their economic reliance on certain sectors, and the prevailing macro headwinds/tailwinds. For example, McKinsey’s Lions on the Move II report clearly shows how the economic situations have diverged between the sub-Saharan economies that are reliant on oil, and those that are not — the former’s real annual GDP growth for the period 2010–2015 has slowed by 3.3% vs. the period 2000–2010, while the latter’s has increased by 0.3%.[2] Trends like these have a significant influence as we think about our overall allocation, for example, between Nigeria and Kenya (each belonging to a separate aforementioned category). This methodology shouldn’t be surprising: it’s the same approach to portfolio diversification that countless other investment managers are taking within their asset classes and investing focuses, but applied in a specific way to our own unique investment focus. Additionally, this approach doesn’t fall far from the position that some U.S.-based venture funds are taking by investing in sectors that are, for example, counter-cyclical within the U.S. economy (where they are highly concentrated).

We work with our portfolio companies to ensure that these risks are considered in detail because we hear it as an issue that our VestedAngels keep referencing. Like all the other risks, currency risks cannot be managed outside of the context of all the other risks that companies face as they grow. Where the risks are measurable we include it in the spreadsheets, where they are not we assist the company with mitigation. The key consideration is whether the we as the investors feel that the founders know and are doing all they need to mitigate, avoid or manage the risks that are inherent in doing business in any part of the world. Because that’s what it boils down to, business is business across the world. It’s all about the people that you’re doing it with and we believe the founders we work with would be great entrepreneurs anywhere in the world. They just so happen to have chosen to create impactful businesses in sub-Saharan Africa.