Hello? Can You Hear Me Now? — Why We Invested in Vanu 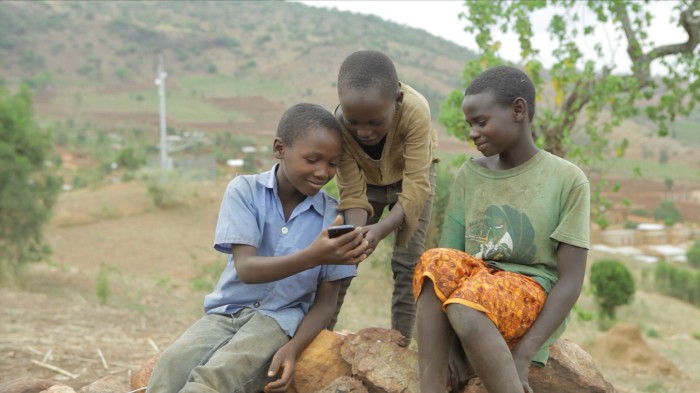 Travel outside of any urban area in Africa and you’ll realize that the cellular coverage that is ubiquitous in cities throughout the continent quickly fades away to reveal patchy to non-existent coverage in peri-urban, semi-rural, and rural areas. While losing access to cell coverage is a frustrating experience for those that briefly travel through these regions, it’s an ever-present obstacle for over a billion people around the world who do not live in urban areas. Many countries around the world have established universal service funds to extend network coverage and access to underserved areas, but despite good intentions, these funds have not been able to achieve their objectives for a range of reasons, including the feasibility of economically building and operating a mobile network in areas with low population density and limited infrastructure. These dynamics drew our attention to solutions attempting to address this massive problem and led us to invest in Vanu.

Mobile technology has transformed our lives in many ways. We rely on our mobile devices daily for work, to access information, to communicate with loved ones, and to purchase goods and services. In 2018, mobile technologies and services generated 8.6% of GDP ($144 billion) in Sub-Saharan Africa and the mobile ecosystem supported millions of jobs. According to GSMA, mobile’s contribution in the region will reach almost $185 billion (9.1% of GDP) by 2023 as countries increasingly benefit from the improvements in productivity and efficiency brought about by the increased access to and usage of mobile services.

Mobile network operators (MNOs) have made impressive strides in expanding cellular coverage globally. The number of unique mobile subscribers surpassed 5.1 billion last year, with more than 3.5 billion users accessing the internet using their mobile networks. By the end of 2018, there were 456 million unique mobile subscribers in Sub-Saharan Africa and around 239 million people in the region (23% of the population) used mobile internet on a regular basis. Sub-Saharan Africa will remain the fastest-growing region with a compounded annual growth rate of 4.6% and an additional 167 million subscribers over the next five years. Growth in mobile internet is partially driven by sustained infrastructure investments by MNOs to upgrade and expand their networks.

Despite this progress, there is a global connectivity gap of 3.8 billion people who remain offline, excluded from participating in the digital economy, and unreachable by e-government services. This connectivity gap can be categorized into two separate groups: those who live in areas where there is mobile coverage but do not own a mobile device or do not regularly use the service even if they own a mobile device (usage gap: 2.5 billion) and those who live in areas where there is no mobile connectivity (coverage gap: 1.2 billion). Approximately 40% of those in the coverage gap category live in Sub-Saharan Africa.

Capital expenditures to build and enhance mobile networks has historically been geared toward more lucrative, densely-populated urban areas, thus, limiting investments in rural communities. The widening gap in the digital divide not only limits individuals’ lives, but also significantly undermines industrialization in the developing world. The effects are immensely felt across sectors including education, agriculture, healthcare, government services, and communications.

According to GSMA, the lack of coverage in rural areas is the consequence of a basic economic challenge: “deploying infrastructure in remote areas can be twice as expensive, while revenue opportunities are as much as ten times lower, a combination that deeply affects the business case for MNOs to deploy infrastructure.” Traditional base stations have a high fixed cost to build, regardless of where they are located, added expenses associated with transporting materials and building a base station in a more remote or rural setting, higher operational costs due to the need to rely on an alternative source of power such as a diesel generator, 24/7 security to oversee that power source, and the necessity of staffing highly trained technicians to travel to rural locations to fix technical problems. Additionally, they generate a lower average revenue per user in rural areas compared to urban areas, which make rural networks economically unfeasible.

“New-age” technologies are being deployed to expand coverage

There are several solutions that are being used to attempt to address the network coverage issue:

MNOs have been investing in and experimenting with different technology solutions to expand mobile coverage in rural areas. For example, 5G wireless technology is being rolled out in major cities across the continent. It provides one of the fastest and most robust telecommunication capabilities with data transfer rates many times faster than 4G. However, as 5G services are primarily rolled out in urban areas, only about 3% of the population in Sub-Saharan Africa will have access to the service by 2025.

Loon, a subsidiary of Alphabet which began as a research and development project by X, the Moonshot Factory, has been working to extend internet access to rural and remote areas using a network of high-altitude balloons to provide aerial wireless connectivity. Loon is currently conducting commercial trials and will need to demonstrate that its technology is reliable, safe, and commercially viable for MNOs. There are also a number of key regulatory, technical, and business challenges that need to be resolved before Loon can be fully commercialized.

A number of technology companies, including SpaceX, Telestat, and Amazon’s Project Kuiper are exploring the use of low-Earth orbit (LEO) satellites to provide internet connectivity. LEO satellites will orbit the Earth at an altitude of approximately 750 miles and act as moving cell towers that communicate with each other and beam internet signals to the ground. Although the technology works, launching and maintaining a network of satellites has historically proven to be very expensive, which has limited the availability of the service to select customers who can afford it, such as aviation, shipping, and remote businesses. Loon and LEO satellites aim to reduce the cost of providing coverage to a larger or more dispersed population, but these technologies have yet to be proven at scale in a commercial setting and at a price that would be affordable to residents of rural areas in developing countries.

TV White Space (TVWS) refers to the unused very high frequency (VHF) and ultra-high frequency (UHF) broadcast spectrum that has historically been used for television content. The transition to digital TV freed up this valuable spectrum to be used to increase access to broadband internet, as these lower-frequency bands can cover wider areas and travel through obstacles, which requires fewer base stations. This reduces deployment cost and allows operators to provide broader, more affordable coverage. However, TVWS is not a stand-alone telecom network. Instead, it is used to extend existing coverage over a wider area.

Governments, MNOs and technology companies understand that reducing network deployment and operation costs are key to closing the coverage gap. The GSMA has identified three main areas where infrastructure costs can be prohibitive: the mobile base station, the backhaul technology that connects users to the core mobile network, and the energy that enables both these components to function.

Building rural cellular networks in developing markets has historically been challenging because the power grid in these areas is unreliable, if it exists at all, and wired telecommunications infrastructure is limited. Furthermore, long distances and poor road infrastructure make site maintenance time consuming and expensive.

Clayton Christensen, the renowned former Harvard Business School professor, coined the term “market-creating innovation”, meaning the process by which complicated and expensive products become simple and affordable, increasing access to nonconsumers. He defined nonconsumers as the segment of the population for whom there was always an underlying demand for products and services, but no adequate solution on the market — resulting in nonconsumption.

People who live in areas where there is a coverage gap are prime examples of nonconsumers and Vanu’s solution presents a classic case of a market-creating innovation that targets nonconsumption.

The Company’s pioneering software radio technology, which was developed at MIT, allows it to leverage generally available hardware and proprietary software to lower capital and operating expenses for building and operating base stations. This increases the ease of operations for each tower and reduces each tower’s power consumption, making deployments in rural and off-grid areas commercially viable.

Vanu is able to do this by combining innovative technology with innovative business model design:

Vanu has a dedicated, passionate, battle-tested, and highly-regarded management team. Their experience and resilience was one of the things that we viewed as a strength. Many members of the senior management team have been with the Company for more than 12 years. Their experience has allowed the team to identify the best product-market fit, after a couple of pivots, and hone in on addressing the growth opportunity.

Vanu’s technical solutions are aided by an innovative business model that partners with MNOs to enable them to expand their network with minimal capital expenditures. Using a coverage-as-a-service model, Vanu builds and maintains wireless networks on behalf of MNOs in exchange for a long-term revenue share arrangement. This partnership approach led MTN, the largest MNO in Africa, to select Vanu as one of its preferred partners to expand coverage to rural areas in each of the countries where MTN currently operates. Vanu’s success will address the coverage gap that continues to plague countries throughout the continent and help advance the United Nations’ Sustainable Development Goal No. 9: building resilient infrastructure, promoting sustainable industrialization, and fostering innovation on a broader basis.

We’re excited to partner with the Vanu team on this extremely important and exciting opportunity to provide solutions for challenging coverage problems.