Why We Invested In Beacon Power Services; Giving Businesses Back Their Power. 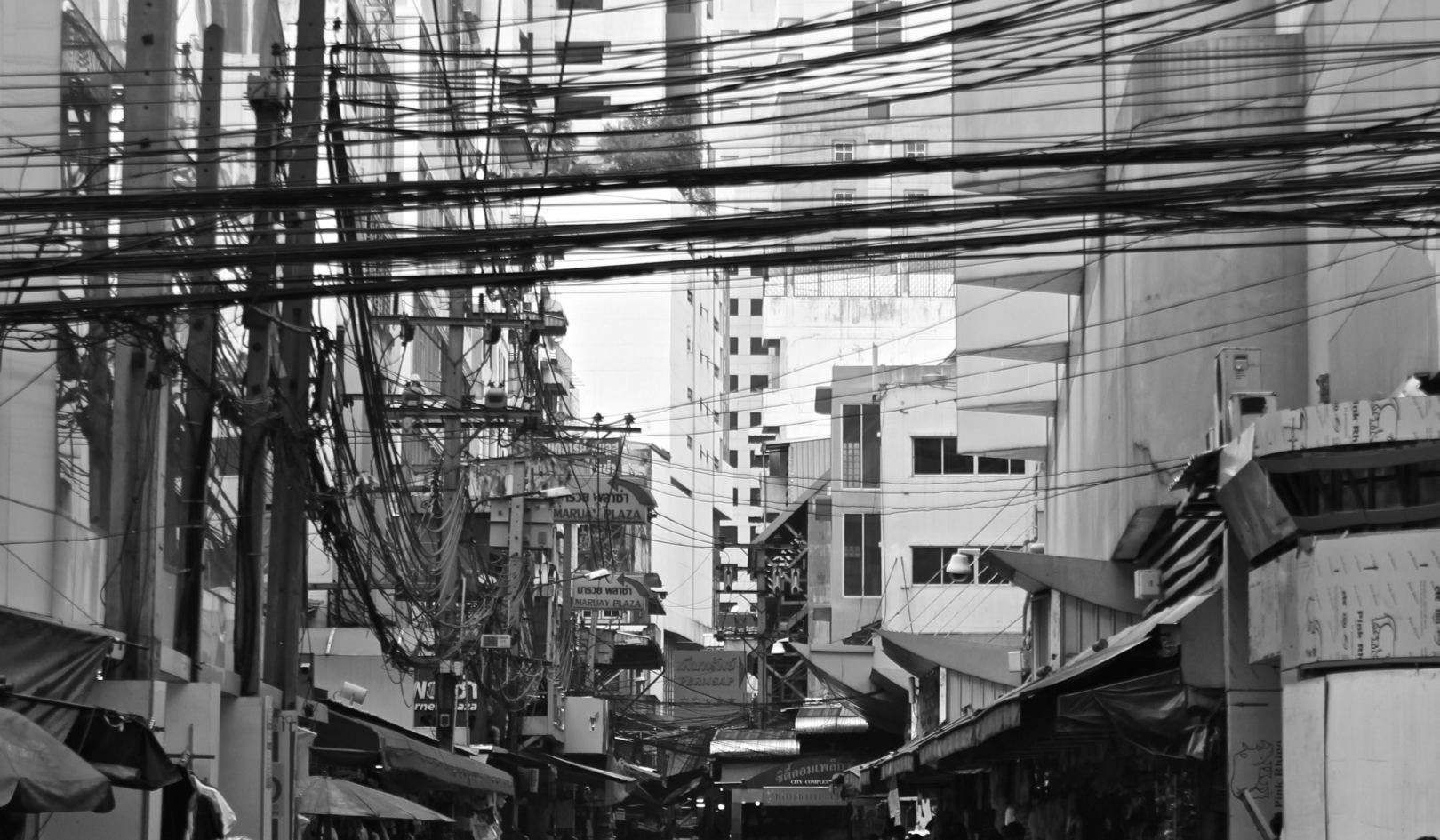 It’s a statistic that gets shared a fair bit; only 1 in every 3 Africans has access to electricity. 600M of the ~1Bn people residing in the 54 countries of the continent do not have electricity.

As much as this is a problem, this is also an opportunity that will be captured by companies that bring resources — in the form of talent, technology and money — to bear. Key to capturing this opportunity is a deeper understanding of what the structural problems are. This deep understanding informed our investment in Beacon Power Services.

There are three issues with power in Africa, they are inextricably linked. They are

1. Capacity: not enough power to supply the needs of the people.

2. Inefficiencies: little insight into where the little power that is available is needed.

3. Cost: consumers are paying unfairly high prices for the little electricity they do get from their utility.

Most analysis of the situation focuses on the lack of capacity to cater to the need of the populace. True, capacity is still an issue; South Korea with a population of 50.2M residents generates 550 TWh of electricity, the continent of Africa with a population of 1Bn produces only 100 TWh’s more of electricity. The countries on the continent would need to spend $40.8Bn/yr for the next five years to get things up to par. There are a few large scale projects going on to solve the capacity issue. I will touch on these later after a brief review of the 3 issues.

The most obvious country to touch on, due to the size of its market, in an analysis of capacity issues is Nigeria (the #1 economy on the continent). Plagued with a shortfall that has existed since Independence from the United Kingdom in 1960, the issue has gotten chronically worse since the 1990/early 2000’s when no additional generation was built and reforms (especially the 2005 National Power Sector Reform Act) were put in place. These reforms transferred the burden of new generation capacity onto the private sector. With the poorly framed regulations the private sector (for the most part) stayed away. This worsened the shortfall.

Needing 10,000 megawatts, the capacity in Nigeria dropped to 3586 megawatts on October 10th, just over a third of what is required for the whole country. The government, and the private sector entities that bought into the opportunity through the purchase of the transmission and distribution companies (DISCOs), is bogged down with low oil prices (tough for an economy that was receiving 70% of its revenue from oil) and compensating the brave businesses that jumped in. This has led to neglect of the populace with week long blackouts a regular occurrence. To allay their pain, commercial entities (and a large proportion of the wealthy residential populace) have taken matters into their own hands and purchased diesel powered generators to power their operations only relying on the government managed power grid as backup power supply.

Residential and commercial customers are begging for a solution and this is being provided by a slew of smaller privately held companies who, unable to build power plants that cost billions of Dollars are resorting to replacing the aforementioned diesel generators, with solar power at an increasing pace. It’s where a company like Beacon Power Services comes in; with an understanding of the capacity needs based on the acquisition, monitoring and management of data from thousands of commercial facilities, the company installs right sized solar panels and backup diesel generators to cater to the needs of the consumers.

On the utility side Beacon ensures that the insufficient power that the utility generates is efficiently distributed; commercial buildings get some of their power from the grid during the day (when workers are in the office), lose their grid supplied power during the night time (when the workers are in their homes) and the utility can provide the power to consumers as they power their television sets and make dinner for their families at home. It’s the power of using data driven insights to meet customized electricity needs, despite constrained capacity.

In the 1990’s Kenya power market reforms led to the creation of an independent regulator, Kenya Power and Lighting Company. Shortly afterwards, the markets were deregulated but the structures put in place did not truly allow for competition, as Kenya Electricity Generating Company (KenGen) had the benefit of managing all publicly owned generation and transmission facilities; independent power providers did not have the capital base to adequately compete selling electricity to consumers at a price that was anywhere close to what KenGen could provide to customers.

The country has committed to increasing its current capacity to 23,000MW by 2030 and the bulk of this is expected to come from renewable energy (a good thing). Key is to ensure that the allocation of the capacity, including the purchase of the power is done effectively with a recognition of the most cost effective sources of energy. Where policies prevent true competition the monopoly can charge an undeserved premium while keeping the prices prohibitive for their competition to match. And this is where we get to the third most important factor in the woeful power situation in Africa; cost.

South Africa (out 3rd country for the 3rd factor) has been able to manage both the capacity and inefficiency issues better than all the other countries on the continent. The country focused its efforts over the last two decades on restructuring what was a fragmented electricity distribution sector and unbundling its utility (Eksom). The country has also been able to manage costs, unlike countries like Gabon and Djibouti, that have the highest electricity rates in the world. To achieve these cost benefits the government of South Africa embarked on aggressive implementation of renewable energy projects working with private companies and committing $19Bn to projects that totaled ~6700MW. This has had a net effect of dropping electricity tariffs (which averaged ~14c/kWh in other parts of Africa and calculated as high as ~50c/kWh in some rural parts of Nigeria) by 78% for solar and 48% for wind. The bulk of these projects, as mentioned, were in conjunction with private firms at the grid-scale.

As much as I highlight the problems, we recognize the opportuntiy to improve access to power for $600M people as one that is ripe for capture. More projects are being rolled out in these countries to solve the three problems identified above. Unfortunately coal usage is still high (image above) but some lessons have been learned from the more successful grid-scale projects that can be applied at the small business level. These lessons include

So Why Beacon Power Services?

We invested in Beacon Power Services for two reasons; the opportunity and the team. The opportunity I’ve explained above. But it’s not as important as the team.

Based on his experience working on large scale utility transactions here in the US (and an understanding of the convergence of trends shared above), Bim Adisa decided to launch Beacon Power Services in 2011. At launch the company focused on energy efficiency projects for multi-location small commercial entities like banks and fast food centers. At the core of the BPS product was a data collection meter and analytics to determine what energy efficiency actions the client would need to take. The data was also used to assist the clients in right sizing their diesel generators and consequently reducing expenses. Client locations increased, so did the data being collected and BPS became more of a partner and less of a vendor to these clients.

It didn’t take long for the clients to realize that they could outsource their power generation and hand over total management to BPS as a nano or minigrid provider. The nanogrid/minigrid provider model, where BPS acts as the utility for single but aggregated locations, takes advantage of the 3 learnings mentioned above providing value and capturing some as the utility of old would do (monthly fees paid for the supply of electricity/services). As one can imagine working in markets where the need is large, it is not without its difficulties. That’s where the tenacity and integrity of the founder comes in. Bim Adisa, and his core management team, has these in infectious and abundant supply; dealing with businesses in Nigeria brings out the best in Bim and we are proud to work with him as he tackles these problems from the bottom up. He’s been doing it for the last five years and we are seeing the possibility of an inflection point due to acceleration of the trends above.

Prior to founding BPS, after having obtained his MBA from Northwestern University, Bim worked as an investment banker for Deutsche Bank (In New York and Chicago), covering the renewable energy sector. He advised utilities such as Exelon on mergers and acquisition of power plant assets, worked on initial public offerings for manufacturers such as First Solar, and led project financing efforts for multiple renewable energy projects. He knows this space and knows West Africa, we couldn’t have asked for a better combination of expertise.

The usual narrative about power in Africa is one of dire need to be solved by charity and impact activities like ‘handing out solar cooking stoves to villagers’. While these are helpful, they are not as impactful in moving continental power provision forward in the leaps and bounds that is required to bring 600M people into the world economy. In our work with Beacon Power Services we see that the only thing holding back seed stage investment in companies is a need for investors to shift their thinking from assistance (small scale donations that provide power to a village) to a partnership mindset (investments made based on analysis of the return possibilities and the ability to provide power to millions through large scale projects). We need large scale changes, we can only achieve the large scale changes by looking at Africa through business lenses, not just purely impact. It’s those lenses that we look through here at VestedWorld.

We encourage you to join us.